These days John keeps himself busy teaching on both coasts. He has been called a renaissance man, a spiritual teacher, a guru of the arts, and a shaman, but more importantly John sees himself as a peer working with fellow artists – and he believes whole-heartedly that art serves its creator as a tool of self-realization.

“If your art hasn’t led you to who you are, then it has failed you.”

John may wax philosophical a bit, but not without a great sense humor. His playfulness and rogue spirit are best illustrated in his signature play Killer Midgets, which is now published, and available for purchase.

As an actor, John began his studies at Rutgers University and later studied extensively with his mentor William Esper before moving onto to writing and directing. He has written a number of plays, including Baptism by Fire which was produced and directed by Emmy Award winning actor Michael Imperioli (The Sopranos) and starred Vincent Curatola (The Sopranos) and Nick Sandow (Orange is the New Black).

John’s most popular and often produced play is the first play he wrote, a one-act titled, Augie’s Ring. The play was inspired by the death of his estranged father, and is available for purchase. His other one-act play on abortion, An Act of Kindness, has often accompanied Augie’s Ring as a night of theatre. John has also directed other notable American playwrights such as Neil LaBute’s Romance, Ralph Papp’s Soap Opera, and Brian Gianci’s Lets Kill Grandma This Christmas.

For the screen John has co-authored (along with long time friend Dominik Tiefenthaler) When Tough Guys Were King. This gritty father and son story spans three generations and is based on John’s video-taped talks with his dying father. Watch the trailer. The screenplay is available for sale. 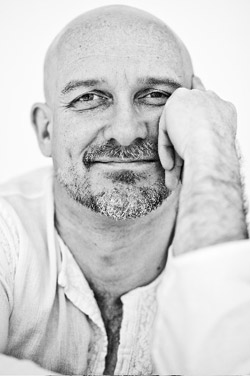 So, you want to be a successful actor?

For the latest tips and upcoming events, visit John on Instagram:
@jdap.creations